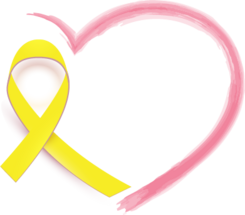 Madison rarely went to the doctor.  In fact, she only went because of her scheduled checkups.  She had always been in perfect health, and according to her pedatrician she was growing normally.  Smart doesn’t even begin to describe her academically. She was the top of her class in reading, and math came so naturally to her.  Her imagination was wild. She could play for hours in her kitchen or Barbie house, or spend the day painting, coloring, or making crafts in “Maddie’s Craft Corner”.  She loved anything that had to do with glitter, slime, unicorns, and poop emojis. But on April 4, 2018, all of that was put on hold.

Madison began complaining of pain in her leg, and knowing that she was a very active kid, I chalked it up to growing pains or sore muscles.  When the pain refused to go away, we made an appointment at our pediatrician, but never made it. At 2 am on April 4, I woke up to blood-curdling screams.  I ran up to Madison’s room to find her unable to walk to the bathroom. As she collapsed on the floor, I screamed to Michael that we needed to go to the hospital.  After what seemed like hours in our local ER, we were rushed to Levine Children’s Hospital while sitting on the information that Madison had a “soft spot” in her right femur.  No one could tell us anything. No one would. And for five days we guessed at every single unimaginable scenario.

Finally hearing the word “cancer” almost gave us relief because that meant we knew what we were fighting against. But at the same time, it scared the hell out of us because cancer kills.  How were we supposed to make sense of that? How did the doctors expect us to process that information? Better yet, how did they expect us to tell our 5-year old that she has cancer, when she didn’t even know what that word meant?

Osteosarcoma was the final diagnosis, and luckily it was contained within Madison’s right femur.  The plan was to administer several rounds of chemo, remove the “infected” bone, replace it with a cadaver bone, and then complete the remaining rounds of chemo.  We were told that it was “treatable and curable”, and we held on to those words for 10 long months, all the while watching Madison suffer. She was terrified of needles, scared of being accessed and absolutely hated taking medicine.  I watched with her as her hair fell out. I held her head and her hand as she vomited uncontrollably. I wiped her tears as I forced her to rinse her mouth with medicines that were supposed to help relieve the pain of the mouth sores, yet burnt like fire.  I grabbed tissue after tissue to stop the nose bleeds. And I held her tight every day as the energy was sucked out of her tiny little body.

We ended chemotherapy and Madison rang the bell on February 25, 2019.  A much-needed celebration after so many dark months. Life was moving on, and ours was “normal” again.  We were scheduled to go back every three months for scans, and we actually looked forward to the trips to the hospital to see our doctor and nurse “friends”.  On September 16, 2019 we returned for Madison’s nine-month scans only to be given the news that the cancer had returned and it was in her lungs. This was devastating because we were not prepared to hear those words.  I was so angry. How could this be happening? The tumor was huge; the size of a lime and this meant it was aggressive. Madison was accepted into a clinical trial that would allow her to receive immunotherapy which was supposed to suppress the tumor while at the same time attacking it and making it smaller.  She had a partial lobectomy to remove a portion of her lower right lung and it was successful. We came home on a Friday, and the following Monday, we were back at the ER because Madison had suffered a seizure. The cancer had moved to her brain and the tumors were growing at a rapid pace, causing her vision and speech to be impaired.  There were two brain surgeries and radiation was administered to the affected areas, but it was not enough. The cancer was rapidly spreading throughout her body and there were no more treatment options.

We brought Madison home on December 16; exactly three months after the scan that revealed the lung tumor, and five days later, Madison finally beat cancer when she took her last breath.  If any of you reading this knew her, you know that her heart was as big as her personality. She loved life, she loved people, and she loved more than anything to make people smile.

As I held Madison for the last time, I made her a promise that I would do everything in my power to fight the very disease that was taking her away from me.   Live Like Madison, Inc. was born out of that promise. 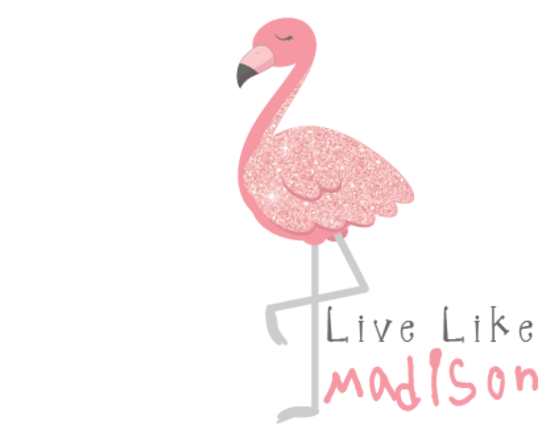 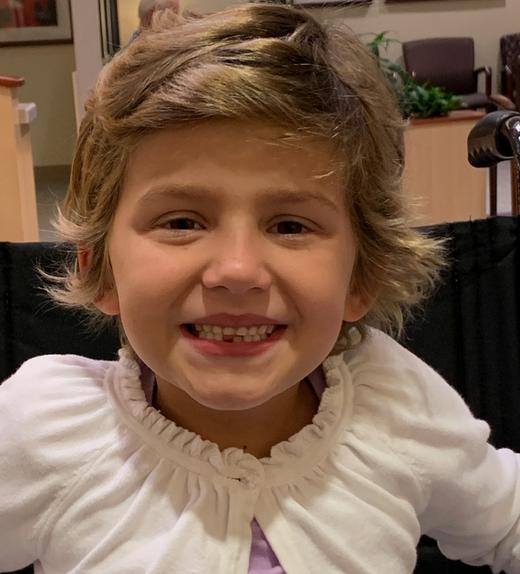